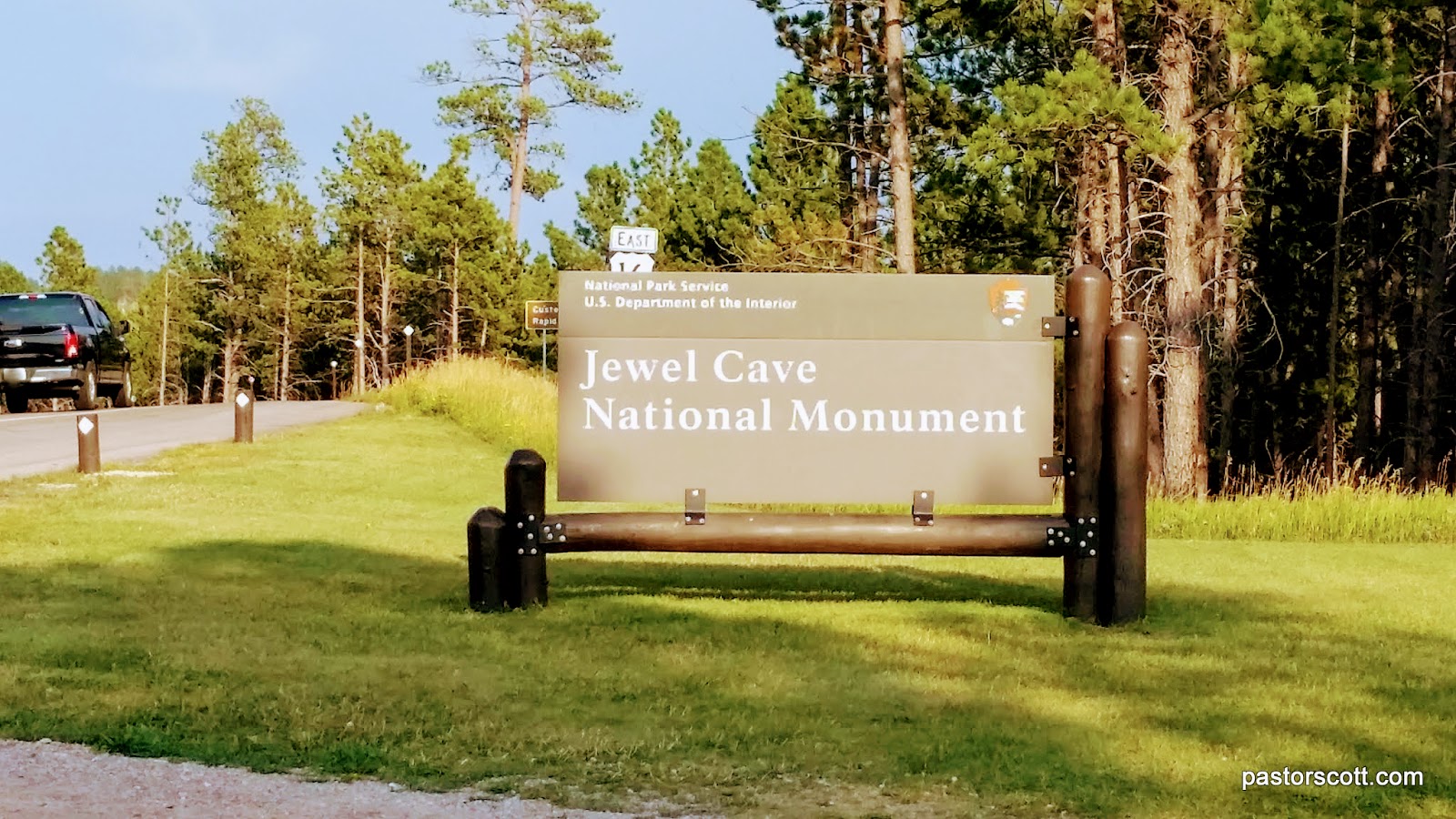 We’ve enjoyed tours of both National Park caves in the Black Hills. We took the Historic Lantern tour of Jewel Cave. The park ranger was in Historic costume with a fitted coat and riding pants. That was the standard uniform of the 1930’s. We met at the log cabin rebuilt to the specifications of the cabin lived in by the first Park Ranger and his wife. Half the people were given kerosene lanterns to carry just like they did in the early days. We were warned that the tour was considered strenuous, we would climb up and down about 600 steep wooden steps (some ladder-like) and be required to bend and stoop in some areas.

Our guide was very knowledgeable about the history of the cave as well as providing plenty of information about the crystals on the walls and the various bats that inhabit the cave. It was interesting to see how the early cave explorers saw the caves and fascinating to think they could see so little of the path ahead as they went through the cave. I was very tired when we finished but glad I took the tour.

Our second cave was Wind Cave and we took the Fairgrounds Cave Tour. We enjoyed this hour and half tour. The cave continually equalizes the atmospheric pressure of the cave and outside air causing it to “breathe” in or out. Our tour was part of the upper and middle levels of the the cave. It is considered the most strenuous walking tour of the park with 450 stair steps along the 2/3 mile hike, but there are rails to hold on to. One flight has 89 steps going up. Our tour guide was a young lady in her first year with the Parks service. She was very knowledgeable about the cave, its history, and the formations. The major attraction of this cave is the Boxwork formations found in the middle level of the cave. We also saw popcorn and frostwork formations. This is an excellent tour and I recommend it for anyone who doesn’t mind a strenuous hike.

NEWS: my daily devotionals have all been published in both hardback and ebook form. There are 4 volumes, totaling well over 1000 devotionals. Because of the national emergency one of my publishers is allowing me to give the ebooks away FREE. You can get them here