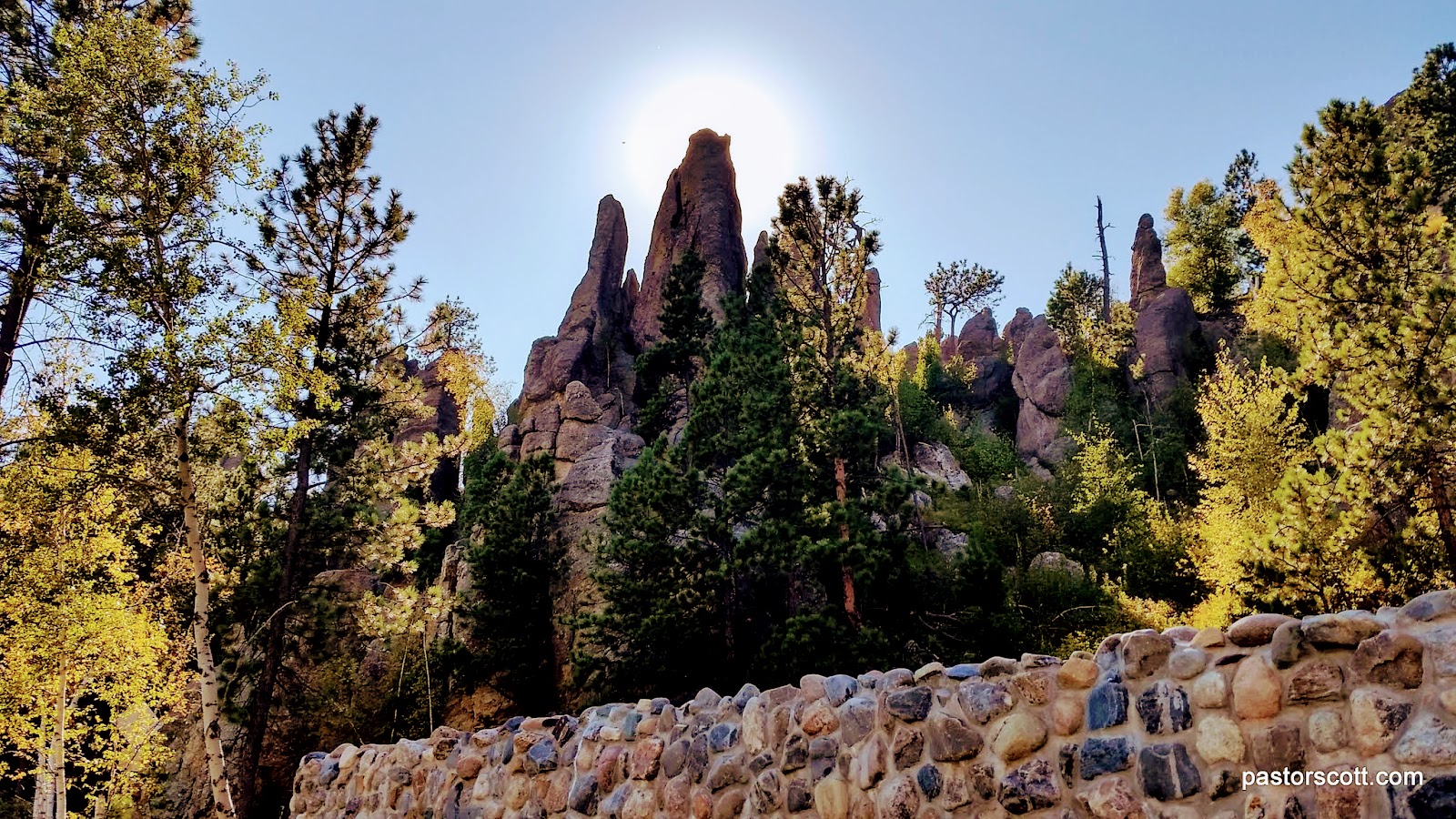 There are some terrific drives in the Black Hills. We saw many on motorcycles which Scott thinks would be the perfect way to see the area. We, though, did it all in our Ford F350. We had some tight fits, but thousands of people enjoy these drives in all kinds of vehicles each year.

Iron Mountain Road runs between Mt. Rushmore National Memorial and Custer State Park. It’s a thoroughly enjoyable drive with winding roads with glimpses of Mount Rushmore which is framed by the tunnels. This drive has the famous pigtail bridges and wonderful Black Hills scenery. I really enjoyed stopping at a pull off and getting my first real glimpse of Mount Rushmore if only at a distance.

The state park’s Wildlife Loop road is another fun drive. It takes you through open grasslands and hills where much of the park wildlife live. There were cute prairie dogs popping in and out their holes as traffic continues by. We saw pronghorn antelope out in the field and a herd of burros (descended from the burros of years gone by which were used to transport visitors to the top of Black Elk Peak). When the rides were discontinued years ago the burros were released into park. The burros have become expert beggars. We watched as two of them went to a small car and stuck their heads in wanting food. The colts were cute but when people didn’t feed them they wandered down the road and back into the meadow area. Of course, the main wildlife attraction at Custer is the buffalo herds. We were amazed at the size of the animals. We saw several groups including some with calves coming down for water. A very pleasant drive.

Custer State Park has a long history and many buildings. We drove past the current State Game lodge, a beautiful building opened in 1922. We saw buildings that the CCC built in the 1930’s. My favorite stop was the home of Badger Clark, South Dakota’s first poet Laureate. He cut the trees, hauled the rocks and built the home himself and it is just as he left it in 1957 when he died. His poetry and books are the story of a man living an independent life. An interpreter is on site giving tours daily June through Labor Day.

Another fun drive was Needles Highway with its narrow tunnels. Most are single lane so must be approached with caution. We went through one called “keyhole” that was so narrow that Scott pulled the side mirrors in. We enjoyed seeing formations that look like needles made of granite. There are many picturesque vistas to be enjoyed.

These drives are so scenic that I know they can be driven again and again as they showcase the beauty of the Black Hills of South Dakota.