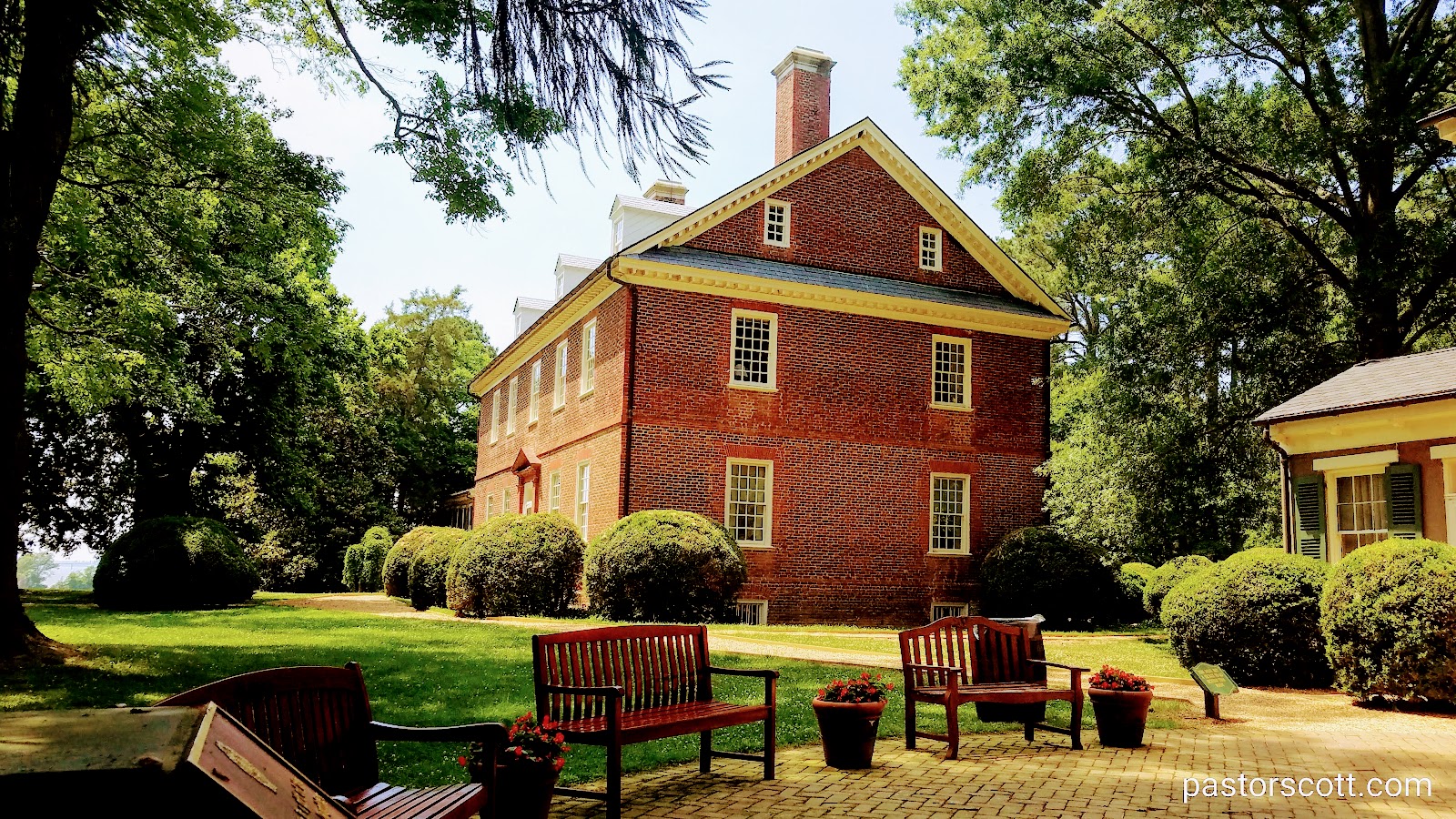 I enjoyed touring the Berkeley Plantation on the North Bank of the James River, not far from Richmond, VA. In 1619 a group of settlers came here. The first thing they did was kneel and give thanks for a safe journey, declaring that a day of Thanksgiving would be observed here annually. There is a shrine down by the river as a memorial to this act of thanksgiving.

After an Indian uprising the plantation was abandoned for a time and through the years different people owned the land. In 1726 a two story mansion overlooking the James River was built by Benjamin Harrison IV. His son Benjamin Harrison V, who would be one of the signers of the Declaration of Independence and governor of Virginia, was born here. His son, William Henry Harrison, was also born here. He became the 9th President of the United States (his grandson was the 23rd President). The farm changed hands several times through the years and suffered bankruptcy twice.

During the Civil War Union troops occupied Berkeley and President Lincoln came twice to meet with General McClellan. It was here that “taps” was composed and first played. The bugle first used to pay taps is on display.

In 1905 Malcolm Jamieson inherited the property. He and his wife restored the main house for his family to live in. In the 1960s the ground floor of the mansion was restored to its 1700’s splendor and opened for public tours. It is furnished with period pieces of furniture, replicas of paintings, and in the basement there are artifacts from the era. The two side houses are partially open to the public. One is the gift shop and the other is a kitchen.

There are gardens to walk through, a “taps” memorial, a Thanksgiving memorial, and a road that goes past the cemetery and down to the river. Benjamin Harrison V is buried in the Jamieson family cemetery.

I enjoyed our tour of Berkeley and the narrative of our tour guide.