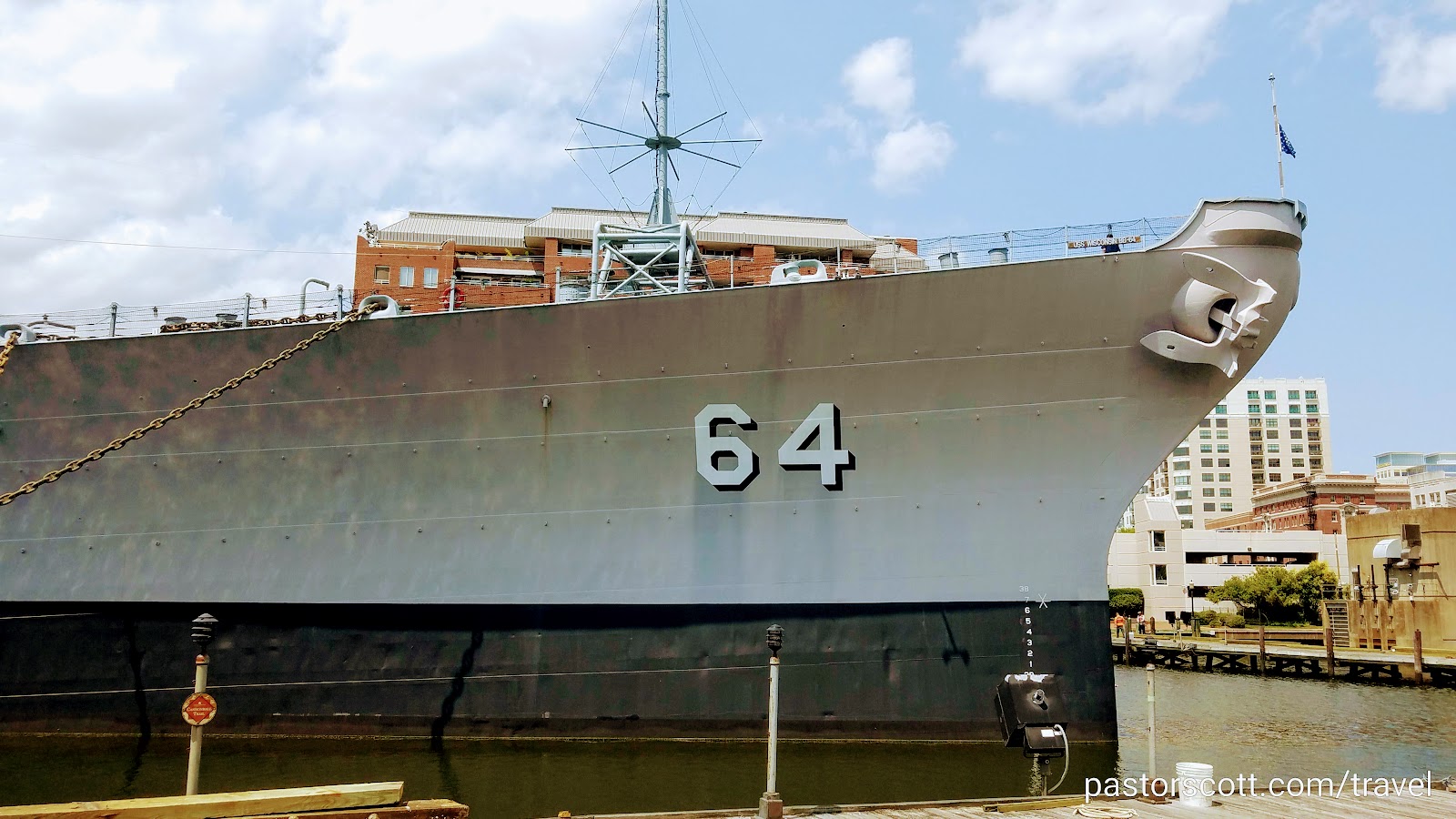 We had a beautiful day for our tour of the USS Wisconsin, at Norfolk, VA. She was commissioned April 16, 1944 and served until September 30, 1991 – the last serving American Battleship. This historic ship served in World War II, Korea and Desert Storm. We did the self guided tour. The main deck immediately caught my eye because it was so smooth and clean. A volunteer told me that when it was teak wood laid on the steel deck. The weapons area was interesting especially the 16 inch guns and the missile decks. Several of the missiles that were fired at the beginning of Desert Storm were fired from those positions. I liked seeing the officers country and crew berthing; also the Galley and Mess. One thing that the older Battleships had was a designated head (toilet) for women who were visiting as there were no women assigned to this ship. The Wisconsin was an amazing floating city with all the spiritual, physical and medical needs of the men taken care of onboard.