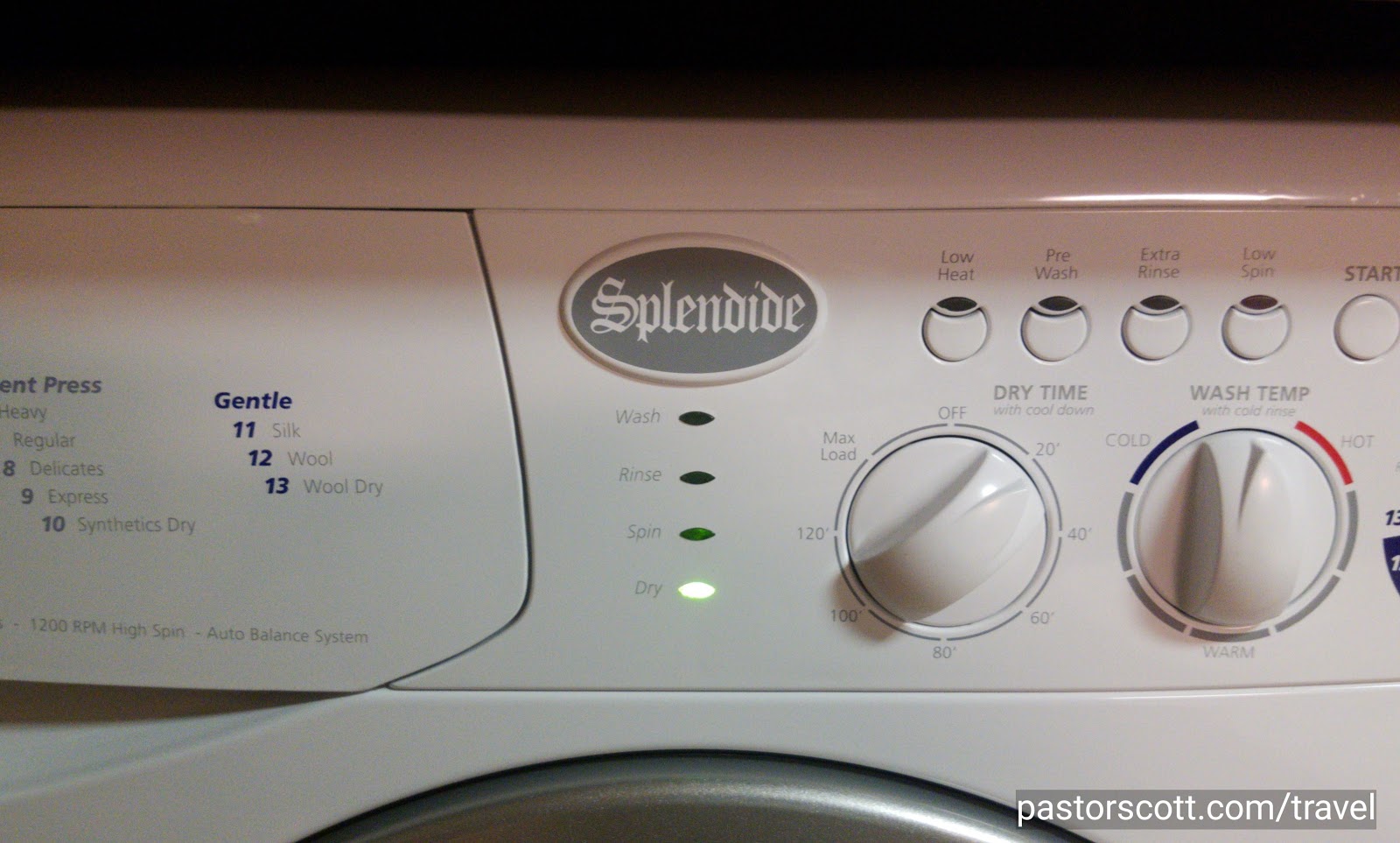 I’ve written before about Second Wave Expenses – these are expenses that arise from equipment wearing out, etc. and needing to be replaced. While you can’t anticipate all of this kind of stuff it is wise to leave some wiggle room in your budget to update or replace items. If you aren’t ready the unexpected expenditures can put a real crimp in your traveling lifestyle.

In our case, the latest Second Wave expense is the untimely death of our Splendide 2100XC. One of the first things we bought in preparation for fulltiming was the Splendide. In fact, we bought our used 5th wheel, went straight to a tire shop and had new tires put on it and then we dropped the new-to-us rig off to have the Splendide installed.

If you haven’t used one of these machines let me describe it’s use. This is an all-in-one unit that washes and dries in the same drum. It is made for tight quarters so it is nothing like a big home style washer and dryer set. The loads are small and it washes a bit bigger load than it dries. As a rule of thumb, you wash a load a day.

Because of that, the Splendide gets used a lot. My estimate is that our Splendide did 2500 loads and served us for seven years before it died of bearing failure. This failure was telegraphed to us as the poor machine began shaking the rig even more than usual during it’s spin cycle.

We found that a local dealer had these washer/dryers on sale and decided to just bite the bullet and get a new one. Frankly, if the new one gives us the same service we’ll be satisfied. Still, these kind of Second Wave expenses do tend to bring pain to the bank account.

Other Splendide posts are here.